Almost in the center of the big city there is a big green spot: The Hyde Parkwhich is one of the royal parks of London. 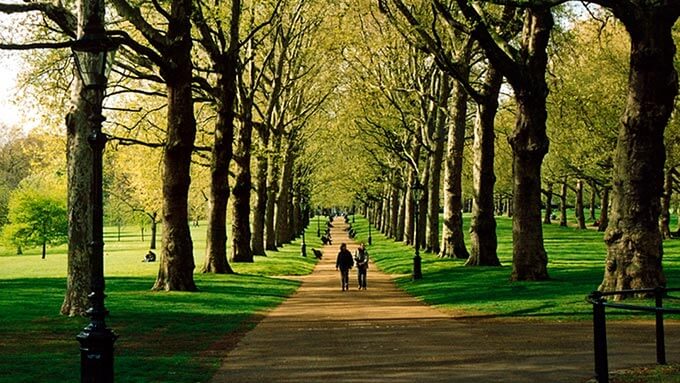 The park is one of THE places to be leisure To spend: On the lake (Serpentine Lake) you can go boating, swimming, there is a bowling facility, a horse riding arena and of course a lot of green lawn for lying and picnicking. And if you pay attention, you will discover the statue of Peter Pan.

The large green space, which is often simply referred to as "Hyde Park", actually consists of two parks, which are separated by West Carriage Drive: Den Hyde Park (east) and the Kensington Garden (west). We are writing about both parks here, also because when you visit you hardly notice when you switch from one park to the other.

Together, Hyde Park and Kensington Garden are approximately 2.5 km² - larger than the Principality of Monaco.

Free time in Hyde Park and Kensington Gardens: Plenty to see and do

What can you do in Hyde Park? Have a picnic, ride a bike or just laze on the green lawn: Hyde Park and Kensington Gardens are perfect to spend your free time here. There are also a number of sights and things to be discovered: 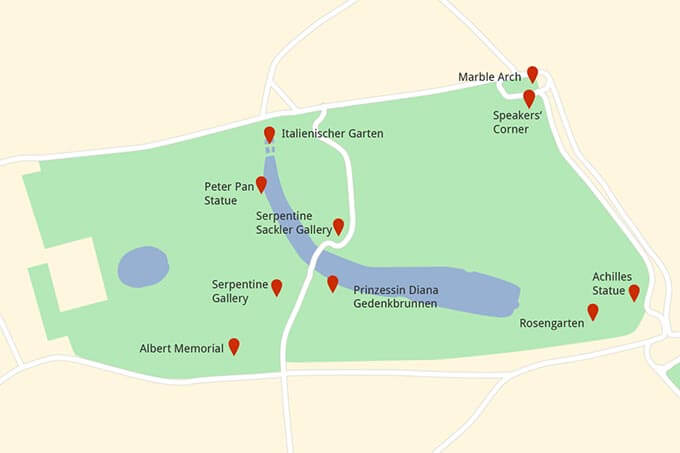 A small corner in the park is internationally known: In the Speakers' Corner British freedom of speech is celebrated. There, near the Marble Arch, anyone can give a lecture on a topic of their choice without prior notice. Lively discussions and debates are welcome. Just please: The Queen and the Royal Family must by no means be part of the speech!

Since 2004 the park has a new attraction: Den Princess Diana memorial fountain. In the oval sterling made of granite, the water flows in two directions at different speeds: The turbulent life of Princess Diana is to be captured here. 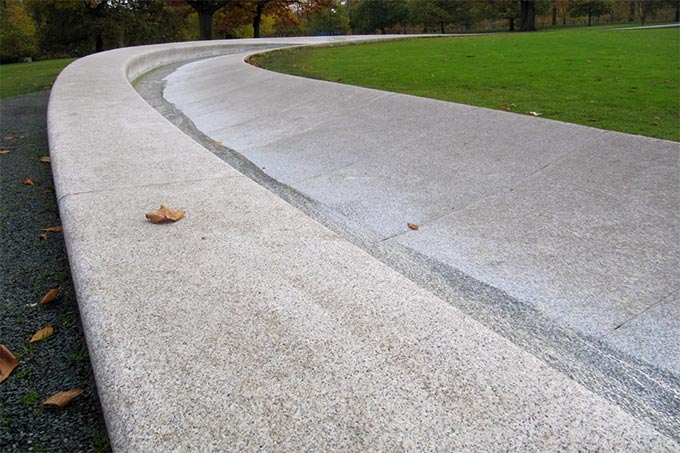 At the lake: The Serpentine

The Serpentine Lake is the big lake that stretches like an arch through the park. It was artificially created as early as 1730. It is popular for boating and swimming. The Boat House rents out pedal boats and row boats. You can stroll along the bank or have a snack in a café (Lido) and restaurant (Serpentine Bar and Kitchen). In summer, a solar powered ferry takes passengers across the lake.

The Italian Gardens, at the very northern end of the lake, are over 150 years old. Four pools with fountains are located around a marble fountain: everything is arranged very classically and symmetrically. There are also some classic sculptures. The place is quiet and beautiful, if you are looking for a little relaxation, you can sit here wonderfully on a bench and enjoy the monotony of the babbling fountain.

Not far from the shore of the lake Peter Pan on a stump surrounded by fairies, mice, squirrels and rabbits. The statue was erected here in 1912 and, appropriately, the adventures of Peter Pan in the book "The Little White Bird" take place in Kensington Gardens. It was with precisely this book that Peter Pan was introduced to the public in 1902. 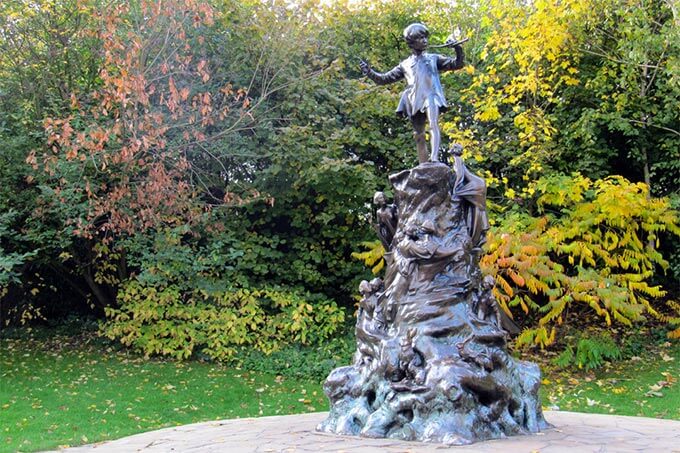 This is in the immediate vicinity of the Royal Albert Hall Albert Memorial in memory of Queen Victoria's husband. He died of typhus when he was only 42 years old. It is one of the most ornate monuments in London. Incidentally, Prince Albert is shown with a catalog of the World Exhibition of 1851, which took place in Hyde Park and which he helped organize.

It's not far from Speakers Corner Marble Arch (Marble arch). Originally built as the entrance to Buckingham Palace, it was moved to its current location in 1851. Today it is on a large traffic island at the entrance to Hyde Park.

The greek hero the Trojan Wars reminds of the Duke of Wellingtonwho triumphed over Napoleon's army at Waterloo. The statue, over five meters high, was cast from the bronze of French cannons. Achilles wears the face of the Dukes of Wellington.

By the way, first there was Achilles completely naked, however, after a great public uproar, the sculptor gave him one Fig leaf Installed.

In the Serpentine Gallery modern and contemporary art is exhibited. Admission is free.

The Serpentine Sackler Gallery in a former gunpowder warehouse with a modern extension. The extension by architect Zaha Hadid itself looks like a modern sculpture. In addition to the exhibition area, there is a restaurant and a museum shop. 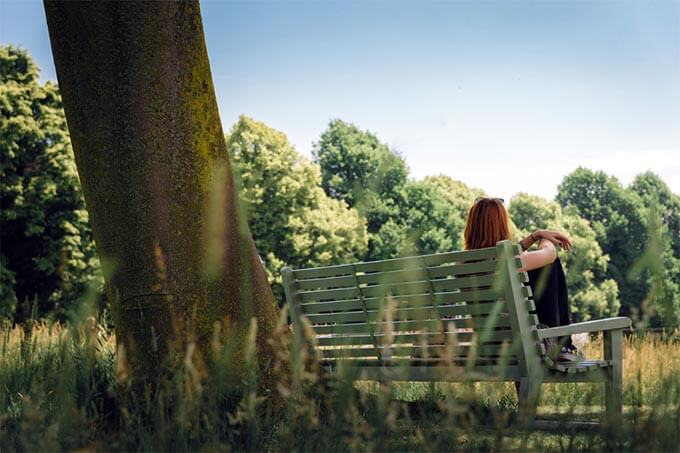 Nowhere in Hyde Park are there so many flowers to be found as in rose Garden. Two fountains in the middle: The Artemis fountain, dedicated to the Greek goddess of the hunt, also known as Diana. And the Boy and Dolphin Fountain.

In Hyde Park it gets noisy every now and then: you can always find it here in summer Rock and pop concerts instead of. The Rolling Stones played one of their legendary concerts here as early as 1969. In 2005 the famous Live-8 concert took place here.

The Christmas market opens every year "Hyde Park Winter Wonderland" its gates with numerous rides, food and drink, an ice rink and shows. 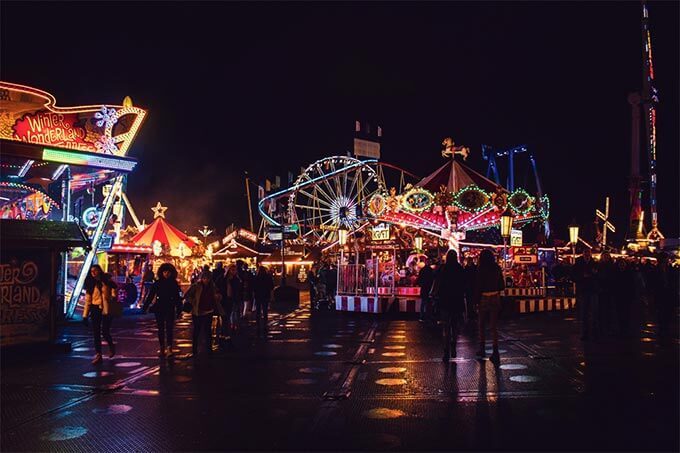 just walk through the park, take a lot of time to discover the many little things

that could also be interesting:
<?