What are polar and non-polar compounds 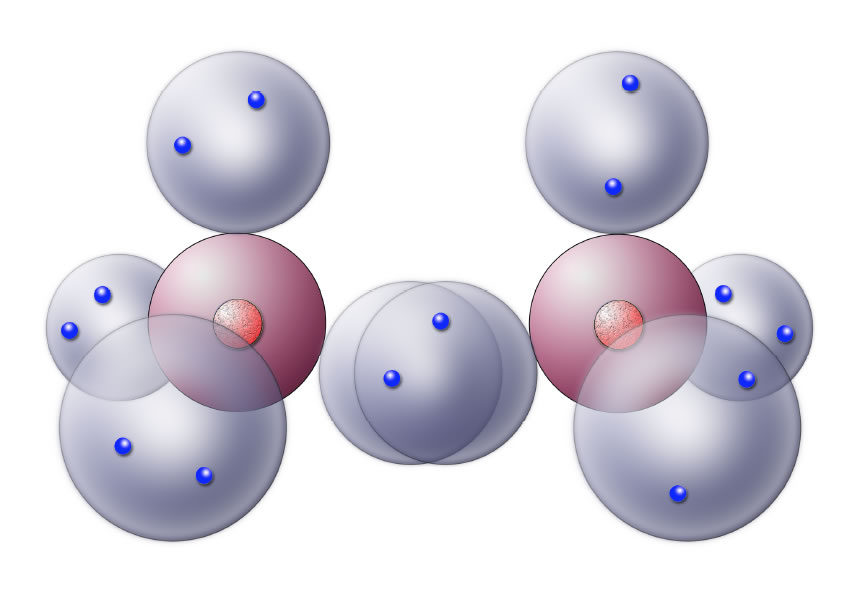 In the chlorine molecule, the two atomic nuclei attract the two binding electrons of the common spherical cloud to the same extent. From a statistical point of view, each binding electron will therefore be found equally frequently in the left half and in the right half of the common spherical cloud. Such an electron pair bond, in which the bond electrons are evenly distributed in the common cloud of spheres, is called a non-polar bond.

The bond is called "non-polar" because there is no positive pole and no negative pole within this spherical cloud. Assuming that the two binding electrons would be in the left half of the spherical cloud with a probability of 55% and with a probability of 45% in the right half, then the left half would be slightly negatively charged and the right half would be slightly positive. We would then have two poles, and the bond would have to be called polar.

For example, if we were to replace the right chlorine atom with a fluorine atom, we would get a polar covalent bond between the two atoms. Why is that?

Fluorine atoms have a very great tendency to attract binding electrons. This is because the fluorine atom is very small, after all it only has two electron shells. The charge of the atomic nucleus can therefore have a very strong effect, and this then leads to a very high electronegativity, which brings us to a very important technical term:

Electronegativity (EN for short) describes the tendency of an atom to attract binding electrons.

The element with the greatest electronegativity of all is fluorine. On a scale from 0 to 4, fluorine has the EN value 4. The chlorine is less electronegative, its EN value is only 3.16.

It has already been mentioned that we are not finished with the water molecule. It actually contains two of these polar bonds. 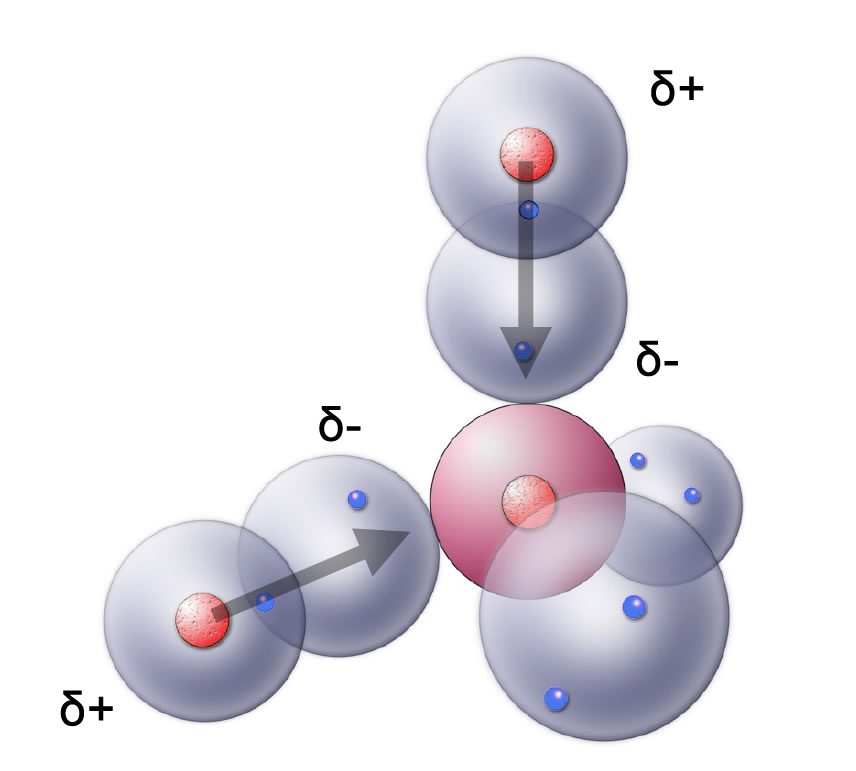 The water molecule in a spherical cloud model

The binding electrons are more strongly attracted by the oxygen atom than by the hydrogen atoms. Oxygen has an EN value of 3.44 and hydrogen an EN value of only 2.2. So that's quite a big EN difference.

Molecules with a slightly positive and a slightly negative end, one also speaks of partial charges or partial charges. A molecule becomes a dipole when it contains polar electron pair bonds. However, these must not cancel each other out in their effect.

The CO2-Molecule is not a dipole

The carbon dioxide molecule has two polar bonds, but because of the non-angled structure of the CO2 molecule, the influences of these two polar bonds cancel each other out. You can visualize it this way: Both from the left and from the right, the C atom is "pulled" with the same strength, so nothing happens. 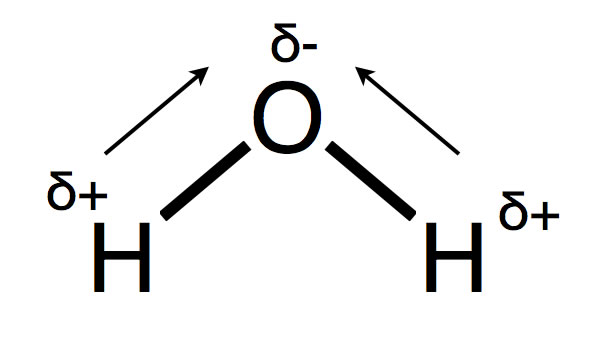 The H2O molecule is a dipole

With the water molecule we also have two polar bonds, because of the angled structure of the molecule the effects of these two bonds complement each other, therefore the water molecule is a dipole. The O atom forms the negative pole, and the two H atoms together form the positive pole of the dipole.

A simple experiment with water ↑

We need something made of plastic for this experiment. I myself always use clear sleeves or inkjet printer foils. Then you need a suitable cloth flap with which you rub the film or the cover vigorously. Always in one direction, not in a circle. The plastic is charged electrically. You can see that easily when you hold the plastic to your head, because the hair then stands out.

Now we go to the tap and run a thin stream of water. Then we hold the foil near the water jet. If we have done everything correctly, the water jet bends and is attracted to the foil. Of course we have to be careful that the foil doesn't touch the water.

The experiment is shown very nicely on the YouTube video "How can you deflect a jet of water".

The explanation of this attempt comes in the next picture: 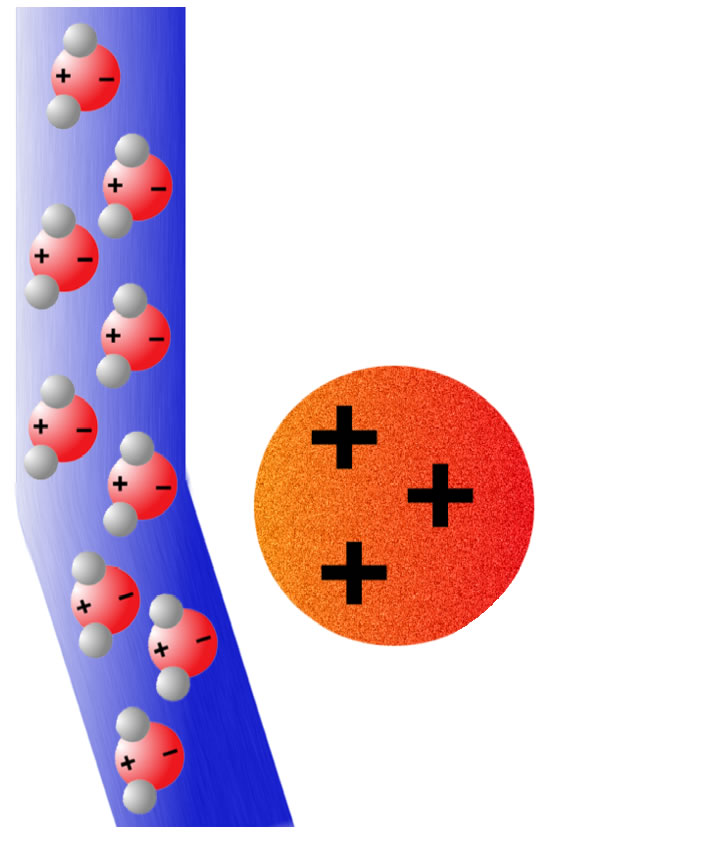 Deflection of the water jet

The plastic rod can be seen here in cross section. It is positively charged because a few electrons were removed from the rod beforehand with the cloth.

What would happen if the plastic rod were not charged positively but negatively? Would the water jet then be deflected in the other direction?

This question is easy to answer. The beam is also attracted, because now the water molecules turn exactly in the other direction. If the rod or foil is negatively charged, all water molecules rotate with theirs positive Pole in the direction of the negative charge.