How is artificial blood made

During the lifetime of William Harvey, who was the first to describe the circulatory system in De Motu Cordis in 1628, scholars thought of replacing blood with other fluids. If instead of disdainful blood, wine or milk flowed through the veins of the people, so their idea, some ailments could be cured. In the 20th century it was the military who called for an artificial lifeblood during the two world wars, when the blood flowed in rivers.

However, researchers did not make serious attempts to develop artificial blood until the early 1980s. At that time, patients became infected with the HIV virus via blood transfusions. In the meantime, thanks to intensive checks on the blood banks, this danger has been averted, but in emergency medicine, during difficult operations or in the event of a catastrophe, blood reserves are scarce and the need can hardly be met with donated blood alone. In addition, red blood cells die off relatively quickly and blood reserves can only be kept for six weeks. The blood group determination and cross-checking of the compatibility of donor and recipient blood, which are necessary for every blood transfusion, also complicate the handling of blood reserves. No wonder, then, that many medical professionals are waiting for fake blood that is readily available, easy to handle and cheap at the same time. 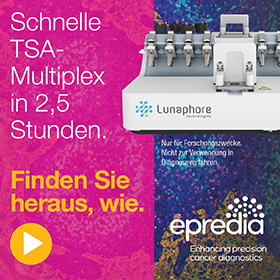 Artificial blood developers currently favor two blood substitutes: emulsions made from perfluorocarbons (PFCS) and solutions with modified hemoglobin (Hb). However, both PFCs and Hb solutions can only take on one of the many functions of the blood: transporting oxygen from the lungs to the individual cells and transporting carbon dioxide back to the lungs. Both substances are artificial oxygen carriers that can only temporarily compensate for blood loss.

The PFCs used as artificial blood are mostly completely (per) fluorinated, aliphatic hydrocarbons with a chain length of 8-10 carbons. They often contain a further halide as an additional substituent, which modifies the solubility. PFCs are chemically and biologically inert liquids that dissolve oxygen without covalently binding it. The higher the oxygen partial pressure, the more oxygen goes into solution. 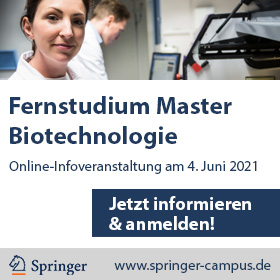 Pure PFC solutions are not soluble in water and are therefore unsuitable as blood substitutes. That is why fake blood researchers mix the hydrophobic liquids with isotonic solutions that contain phospholipids as emulsifiers. The PFC molecules are suspended in these as very fine droplets with a diameter of about 0.2 µm. The resulting PFC emulsions are suitable for transfusions and are in some cases superior to real blood. The small PFC micelles can literally be pumped full of 02. Patients who receive a PFC transfusion are therefore usually ventilated with 100% oxygen - and release it to the cells of the tissue twice as fast as hemoglobin. They are 35 times smaller than an erythrocyte and penetrate even the finest or already clogged capillaries. After the synthetic gas transporters have delivered their charges, they are picked up by the clean men of the body, the cells of the reticuloendothelial system, temporarily stored in the spleen and liver and exhaled through the lungs without residue.

In any case, Donat Spahn, anesthetist at the Zurich University Clinic, is convinced of the advantages of PFC solutions. Spahn led a phase 3 clinical study examining the benefits of a C8F.17Br emulsion (Oxygent) from Alliance Pharmaceutical investigated. According to Spahn, the results presented in April are a milestone in the development of artificial oxygen carriers. The study shows that surgery patients who received Oxygent as a blood substitute required far fewer blood transfusion units than patients in the control group. Oxygent was tolerated by the operated on without any problems.

Laboratories that rely on Hb solutions as blood substitutes are also reporting progress. In contrast to real blood, these are free from erythrocyte membranes and their blood group-determining antigens. However, Hb tetramers rapidly break down into dimers or are oxidized to methemoglobin when the protective covering of the erythrocyte is absent. Therefore, blood experts stabilize the sensitive Hb proteins by polymerizing them, cross-linking them, conjugating them with large molecules or inserting internal bonds between the Hb subunits. The sources of hemoglobin are as varied as the stabilization methods: expired blood, cattle or pig blood, but also recombinant Hb.

Some of these Hb solutions are also currently in Phase 1-3 clinical trials. Hemopure, the Hb solution polymerized with glutaraldehyde, is in the forefront. This blood substitute from the US company Biopure has been approved for use in operations in South Africa since April. In this country, the Witten company SanguiBioTech is trying to tap into the huge market for blood substitutes. The company announced in March that it had produced an artificial oxygen carrier - an Hb solution from pig blood - under real production conditions for the first time. Its effectiveness has so far only been proven in animal experiments.