What is the first step towards the goal

41 Getting Started Quotes To Help You Take That First Step

It's an everlasting theme: we take on something and are determined to finally start tomorrow - only to not do it after all.

This gap between wanting and acting seems to be deeply anchored in our human nature, because it has been a theme for thousands of years: in literature, in popular parlance and in clever speeches and quotes by wise men and women.

And to come to something more mundane: Thousands of people wouldn't stop smoking, start running or change their diet every day.

Getting started is the critical point

The critical point between wanting and acting is the beginning, the first step.

As a runner, I know this from experience: once I've put on my running clothes and covered the first hundred meters, then all the indolence and reluctance that I had to fight five minutes ago is already forgotten.

You will certainly experience this over and over again: When you get up in the morning, when cleaning up, while cooking or at work. When the first small step has been taken and the beginning has been made, the spell is broken.

41 wisdom from two and a half millennia

Most people know this intuitively, but it's still a good idea to keep reminding yourself of this fact. For example with one of the 41 quotes from two and a half millennia that I have put together for you below. They are all about starting, acting, and taking responsibility for your own life, in a narrower or broader sense.

I hope you enjoy reading and I would be delighted if you write a comment and add to this list with your favorite quotes to start with!

A journey of a thousand miles begins with the first step.

The pity with the do-gooders is that they don't start with themselves.

I can accept failure, everyone fails. But what I can't accept is not to try.

The best reformers the world has ever seen are those who start with themselves.

There is a magic inherent in every beginning.

Summer is the time when it's too hot to do what it was too cold to do in winter.

Do not wait. The timing will never be 'just right'.

Wanderer, there is no path, the path is created by walking.

It is more important to do something on a small scale than to talk about it on a large scale.

Those who do not act will be treated.

If you have started something seriously, it is more than half done.

Carpe Diem! (Use or literally "pick" the day)

You don't have to be great to start. But you have to start to get great.

Anyone who knows how to shape their life in order to be happy only has to find the courage to live it.

You should never say 'too late'. It's never too late in politics either. There is always time for a new beginning.

Courage is at the beginning of action, happiness at the end.

All things spring from a small beginning.

What good does all sunrise do if we don't get up.

It's never too late to become what you could have been.

Leave the long preparation, start your life at times!

There is nothing good, unless you do it.

Nobody knows what they can do until they try it.

One should not fear death, but that one will never begin to live.

Tomorrow is called the day most fasts begin.

Everyone wants to make the world a better place, and everyone could do it if they just wanted to start with themselves.

You can only become famous overnight if you have worked hard during the day.

Do not complain what cannot be changed, but change what must be complained.

If you miss the first buttonhole, you will not be able to get by with buttoning.

If we don't start over, we cannot hope to move on.

In a year you will wish you had started today.

If you only dream of happiness, you shouldn't be surprised if you overslept it.

The route is the goal.

You have to be the change you want to see in the world.

It is not important how big the first step is, but in which direction it is going.

The words have changed enough, let me finally see action! While you are turning compliments, something useful can happen.

Those who tackle where the others talk first have a head start in life.

All of life is an eternal beginning again.

The beginning is half of the whole.

Speaking of getting started - how about running? 😉

The manual for your start into running life 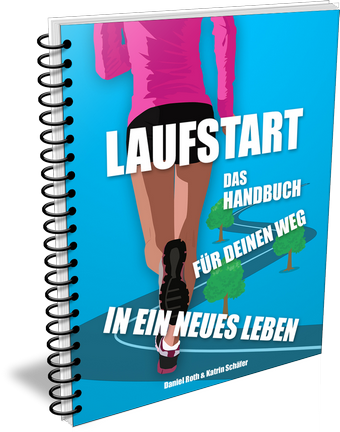