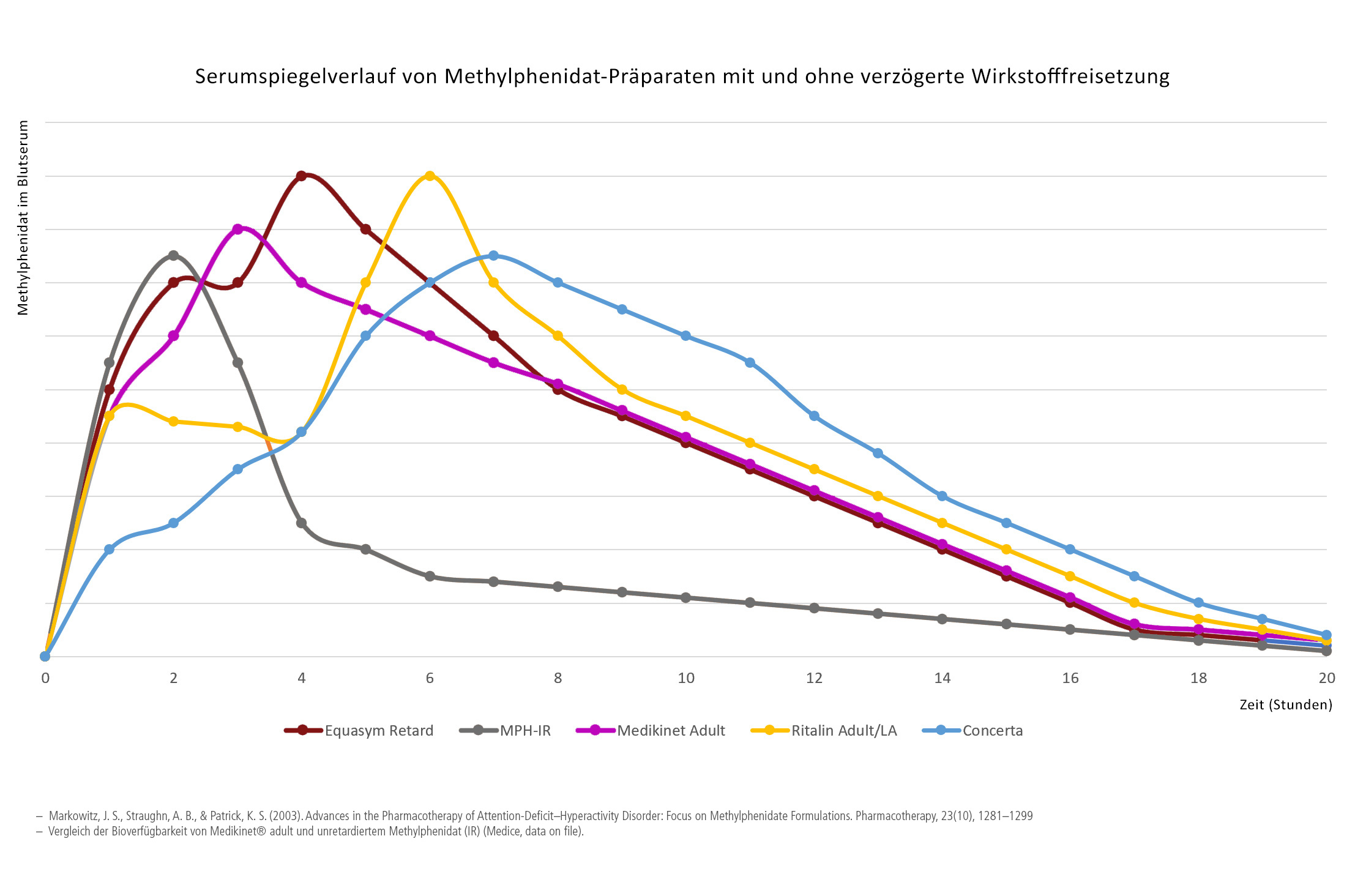 There are a number of drug treatments for ADHD in 2021 Medication available with different active ingredients and mechanisms of action. So-called psychostimulants, which have a dopaminergic effect, are considered to be the most effective and best studied. The most frequently prescribed generic drugs in Germany are methylphenidate (MPH), Lisdexamfetamine and the non-stimulant atomoxetine. In addition to these substances, there are a number of other drugs that can be used to treat ADHD, although they are not approved for the treatment of ADHD (off-label use). Sometimes these drugs are also used to treat comorbidities, for example to treat depression, and can then also have effects on the ADHD symptoms.[1]

Detailed information on ADHD drug treatment can be found in the Pharmacotherapy article.

Methylphenidate variants in Germany in 2021

A distinction is made between preparations with a short daily action time and a long daily action time, so-called sustained release drugs. An explanation of the concept of Bioequivalence can be found here.

The methylphenidate variants currently available in Germany include:

The following table refers to methylphenidate and amphetamine-containing preparations. It corresponds to the information in the equivalence table according to Kühle.[2][3]

Not all of the products listed below are available in Germany or the EU.