How has football developed over the years?

Football in the past vs. football today: How the game has changed

It wasn't that long ago that players like Diego Maradona, Pele or Carlos Valderrama were the figureheads of football. Michel Platini was considered the king of the world, beer flowed in the fan curves and Bengal fires were lit. Today, however, everything is ironed out, money and sponsors rule the sport.

Whether it was better or worse in the past - one thing is certain: football has changed. The beautiful game has a whole new financial and social dimension. A lot has happened on the lawn too. Other types of players now set the tone, first and foremost Cristiano Ronaldo and Lionel Messi.

There was a time when soccer coaches wore jogging suits, a stopwatch around their necks, and a clipboard with a sticky note in their arms. Nowadays trainers have an arsenal of technology, including tablets, at their disposal to analyze the players. The coaches themselves are increasingly wearing suits or other evening wear on the sidelines. 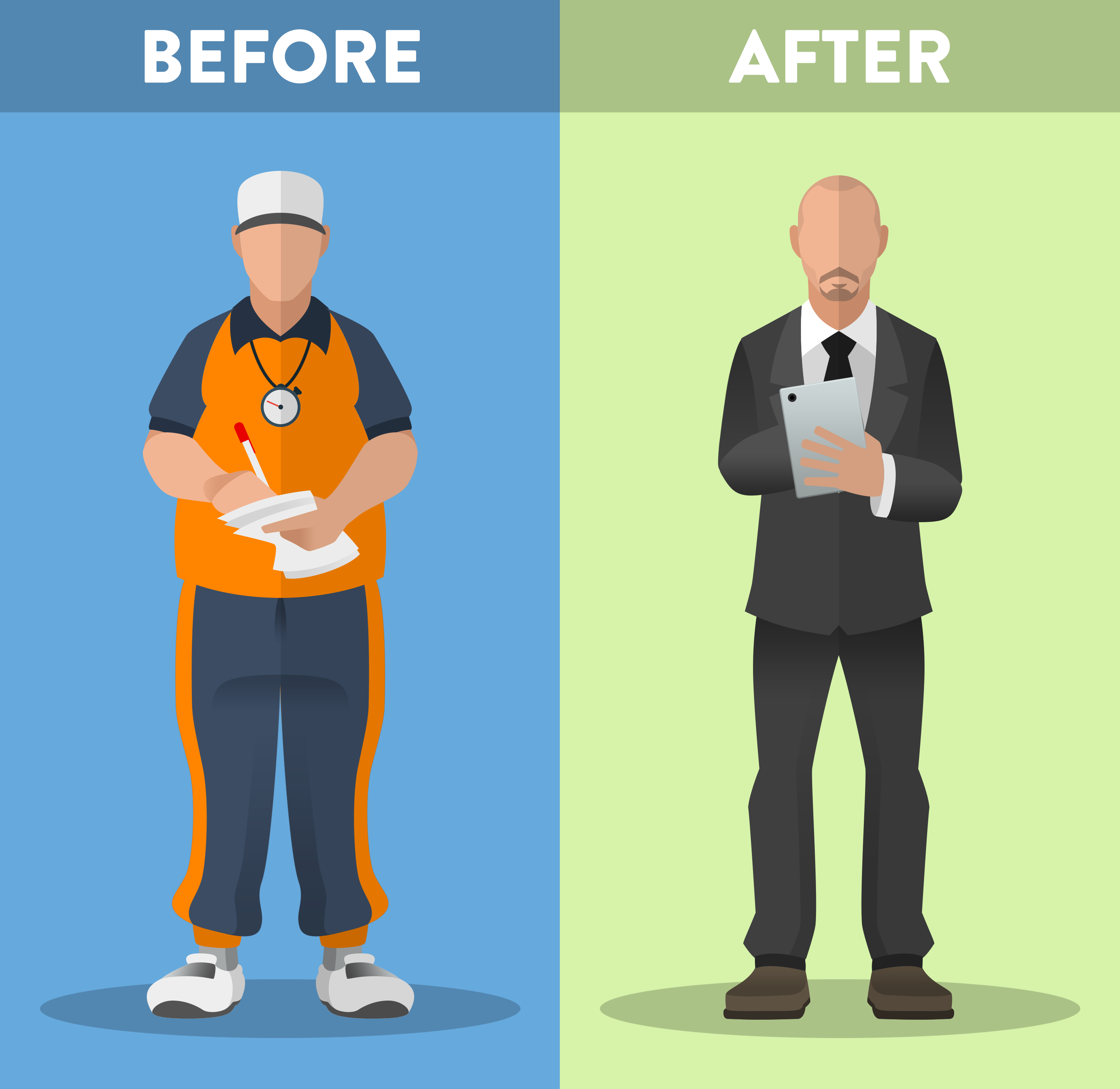 In the past, fans in the stands could do just about anything. There were regular political banners, impressive choreos, smoke bombs or Bengali fires. Large police presence around a game was the exception rather than the rule. Today the stadiums are increasingly clinical, the clubs would like to show the fans their passion. Everyone has their own place, everyone has their flag and everyone is a winner. At least that's the idea. 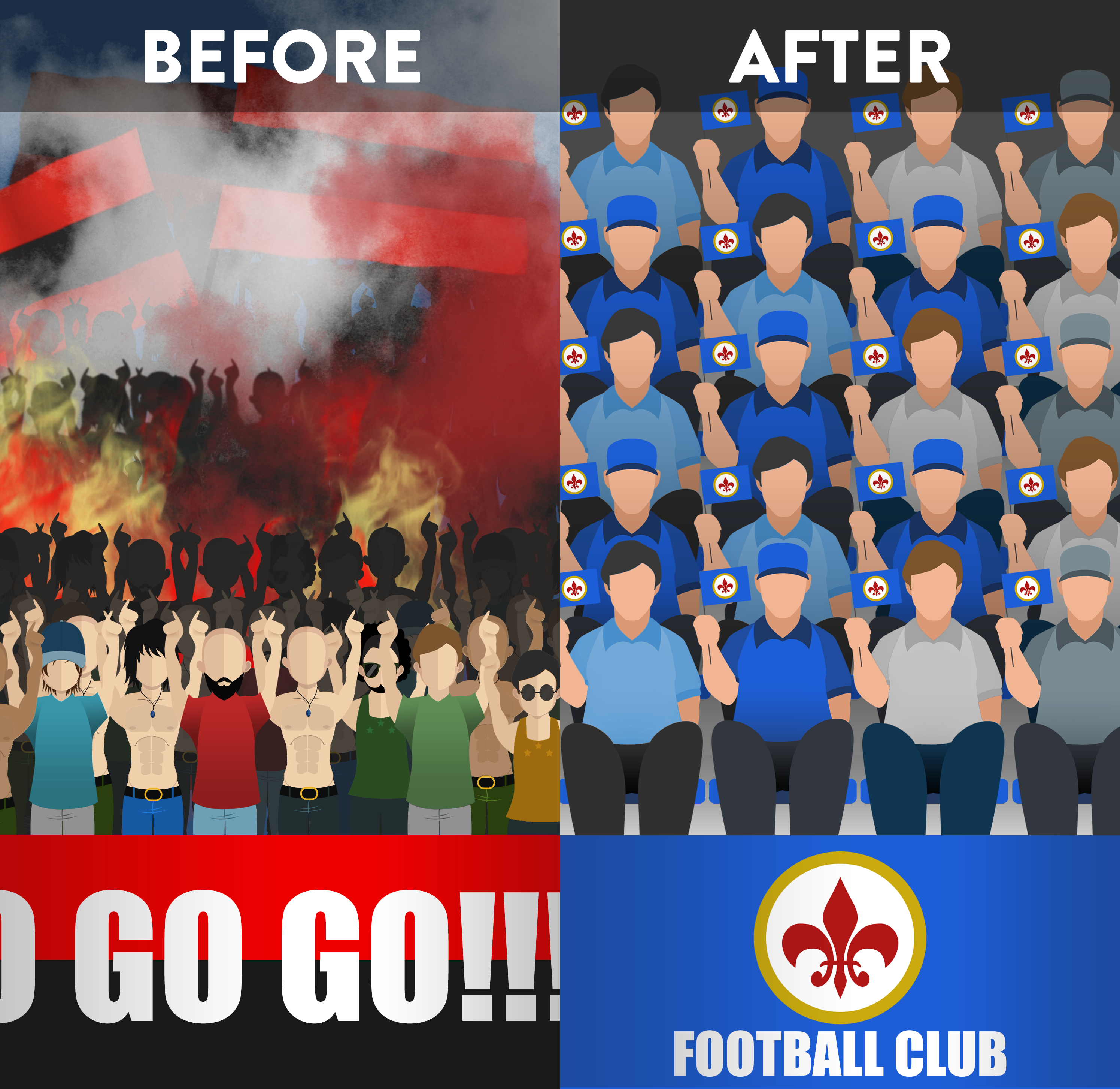 There was a time when footballers all wore similar hairstyles. Long hair, preferably combed back. In the meantime, all kinds of eccentricities can be seen on the heads of the players. The soccer field has become a testing laboratory for hair stylists. 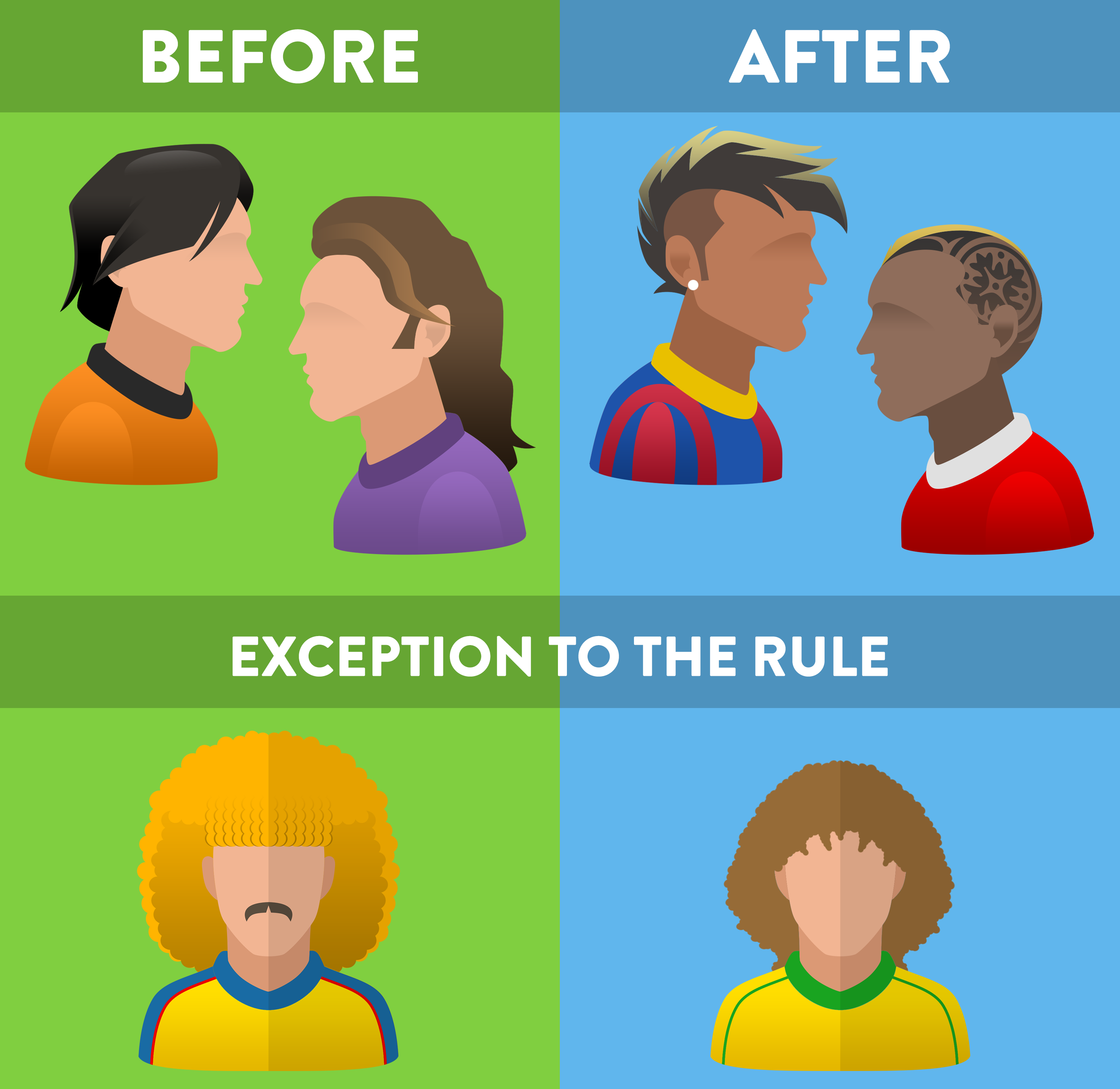 Footballers used to advertise cars and gasoline. In the meantime, they are already so far that they encourage people to buy underwear and flaunt themselves half-naked for it. 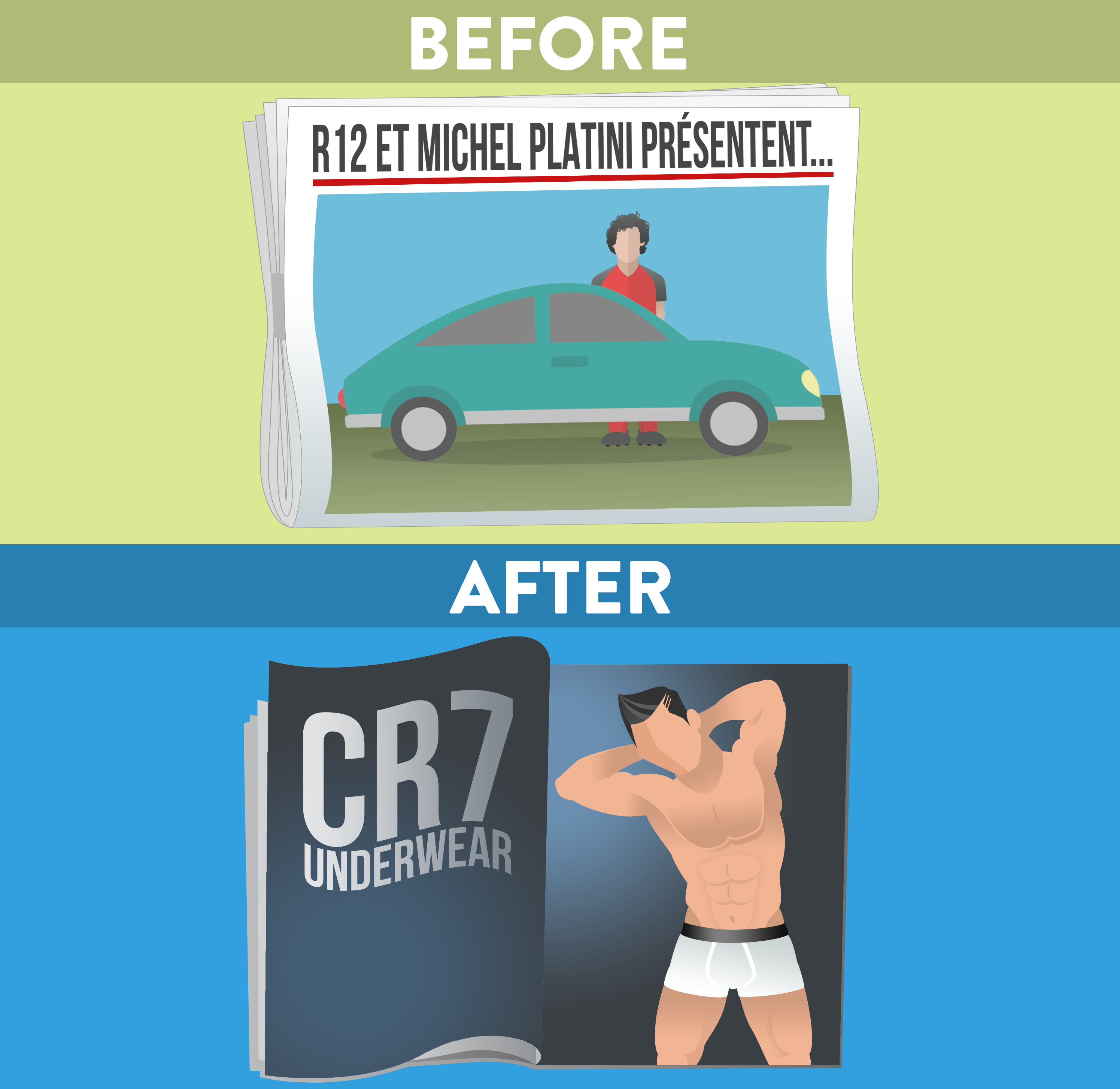 Once sponsors helped develop clubs, their contribution was seen as a bonus in the club's budget. That has changed, because today sponsors have become the main source of income and nothing can do without brand names: training shirts, match day clothing, stadium names - everything can be sold for advertising purposes. Even in press conferences, the water bottles are placed in such a way that the name of the company is pointing in the cameras. 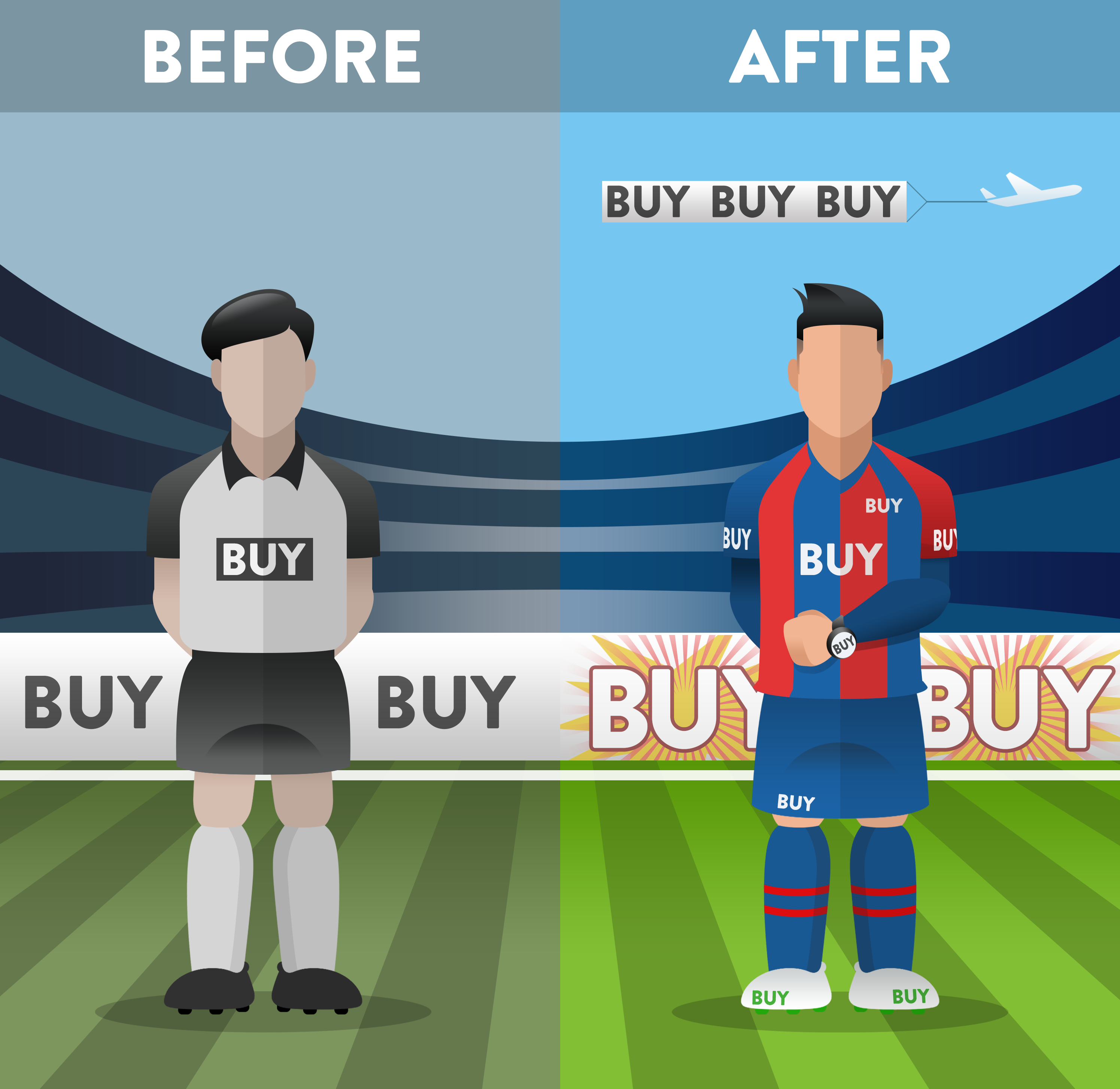 RELATIONSHIP WITH THE FANS

It wasn't uncommon for footballers to take a long time to sign posters or jerseys for their fans. Today, interaction with followers is essentially limited to social media and taking selfies every week. 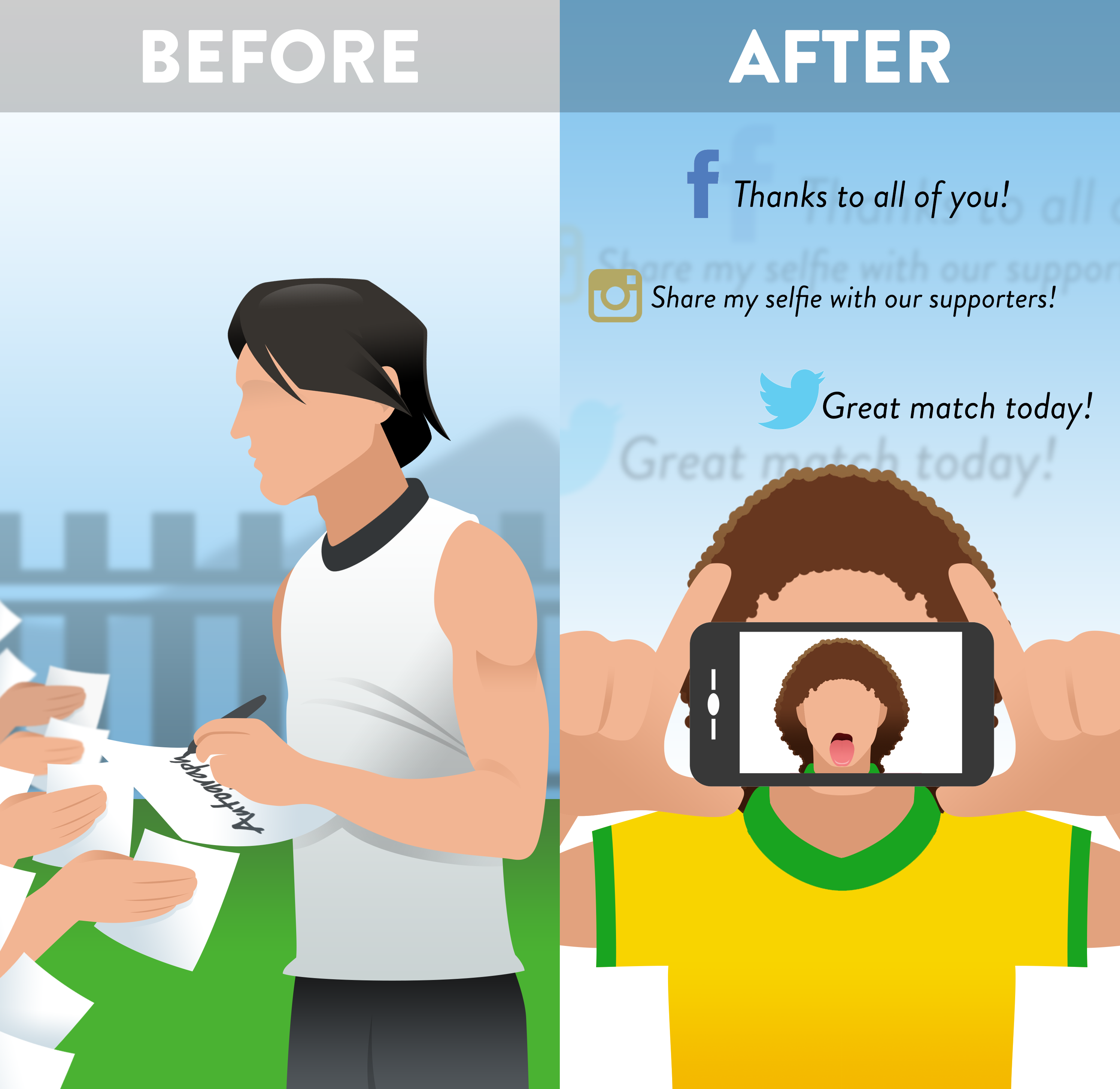 THE BODIES AND THE SHIRTS

Gone are the days when belly footballers took on well-trained opponents. Body fat has become a foreign concept for the current generation of players. Nutrition plans and targeted training hardly allow obesity. The players' bodies are less and less stuck in the traditionally colored jerseys of their clubs, which instead appear more and more unusual and garish. 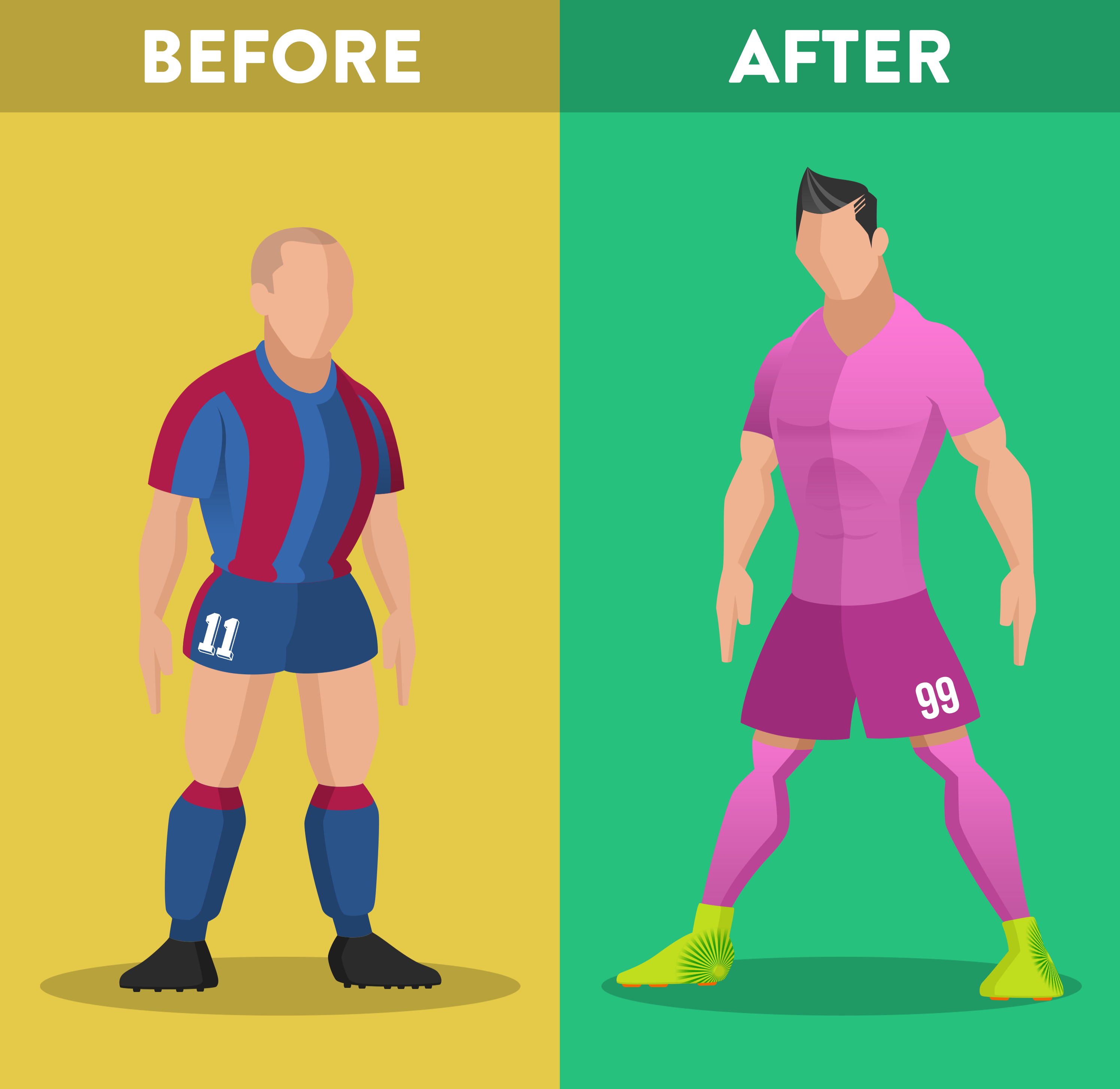 A red card in the aftermath of a game used to be a clear case. There was a trial and a corresponding penalty. Today an attempt is made in advance to create a mood and influence the judgment with sometimes aggressive tweets, video montages and pictures. 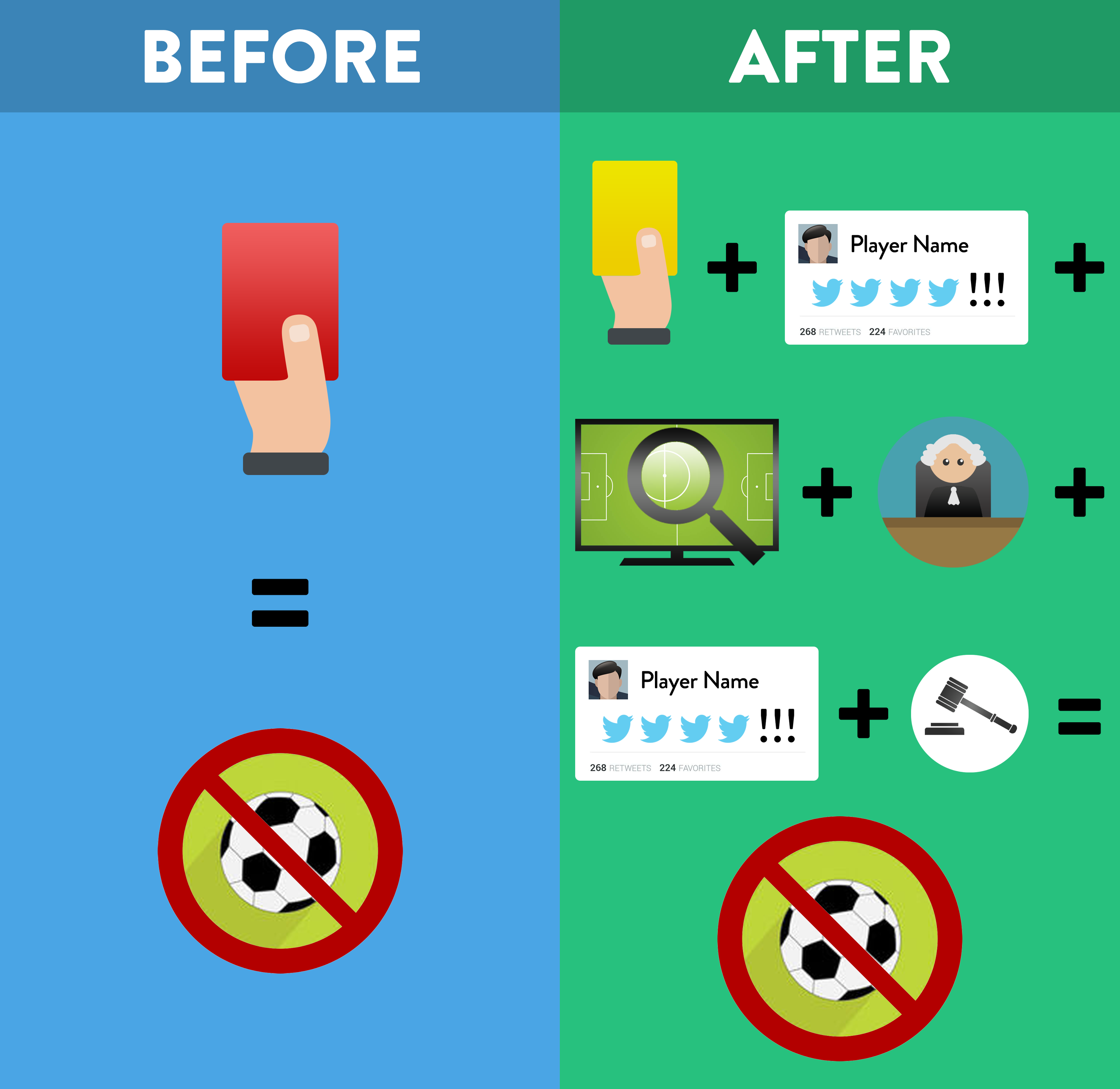 How often do you still see players toast their victory with a beer in the dressing room after their work is done? The standard program, on the other hand, increasingly means that regeneration is initiated immediately and the players get ready for the next task in ice bins or cold chambers. 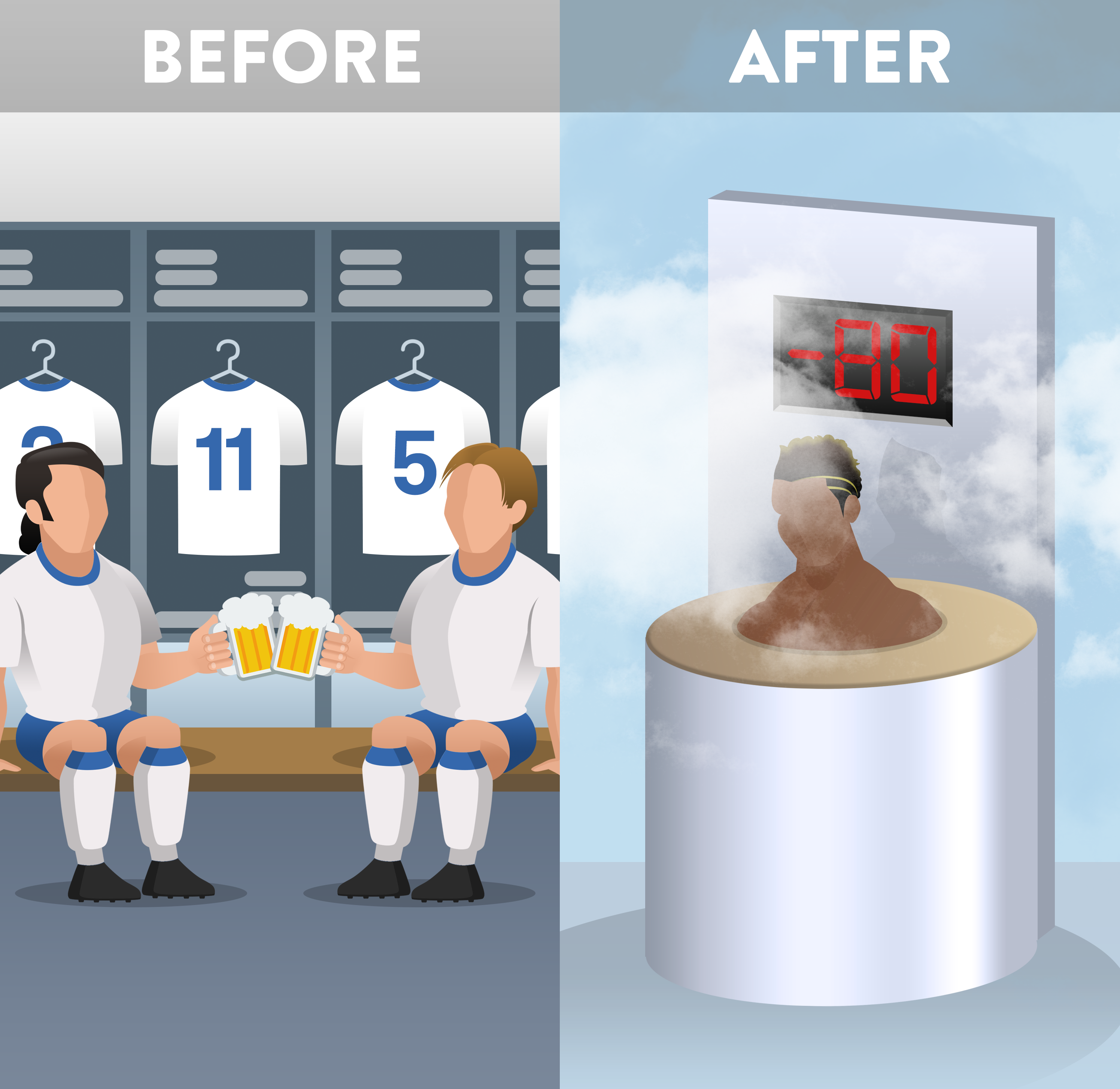 Who remembers what it was like when things were simple? Eleven players wore the numbers from 1 to 11 on their backs. The goalkeeper had 1, the defensive midfielder had 6 and the left winger had 11. Today everything is allowed and therefore everything is mixed up. 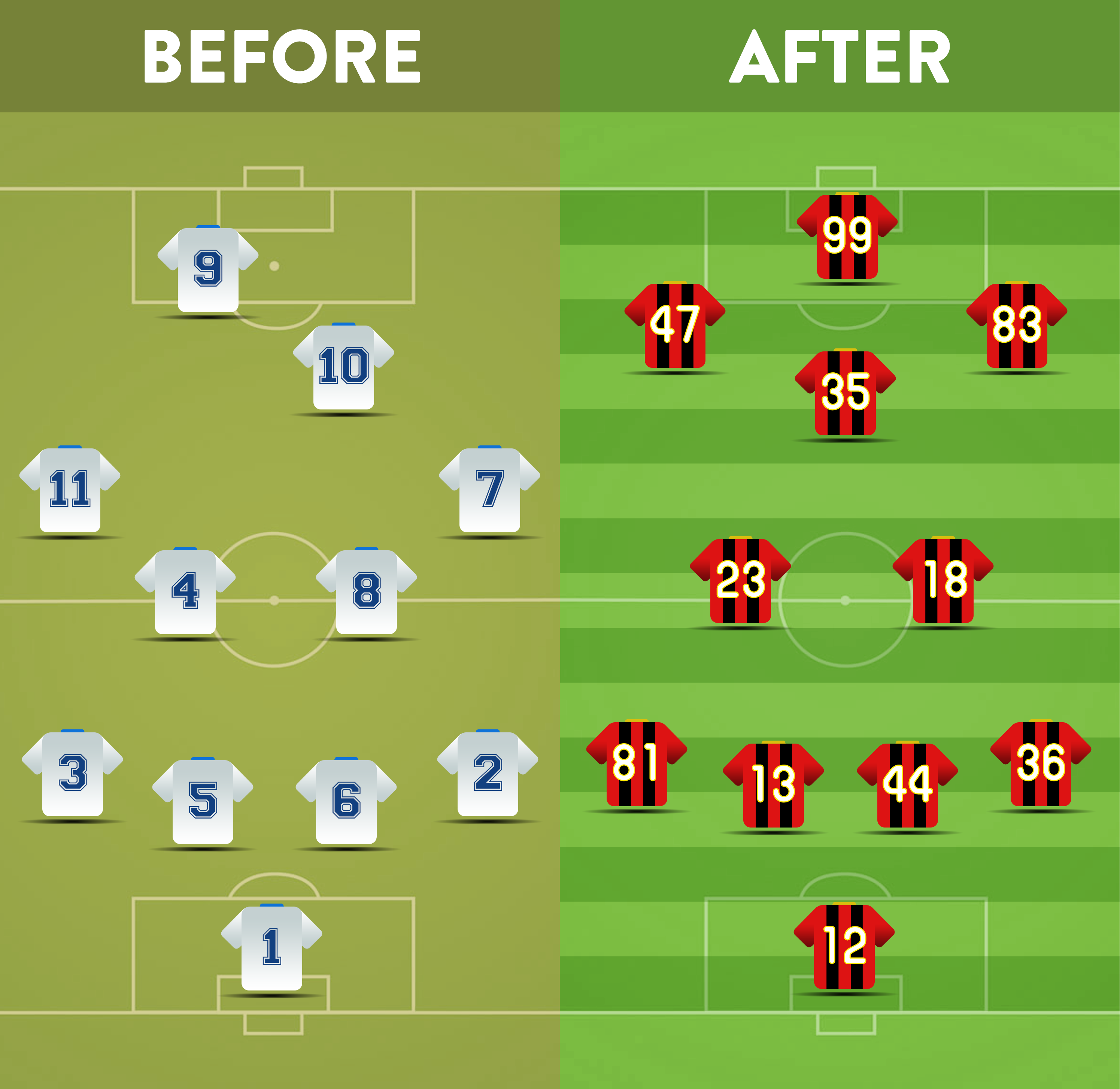 A hit was usually followed by classic cheers. The goalscorer turned away, both arms outstretched, and let himself be celebrated. Today there are no limits to creativity. Goal celebrations are individualized and become trademarks. Also very popular: selfies with the fans. 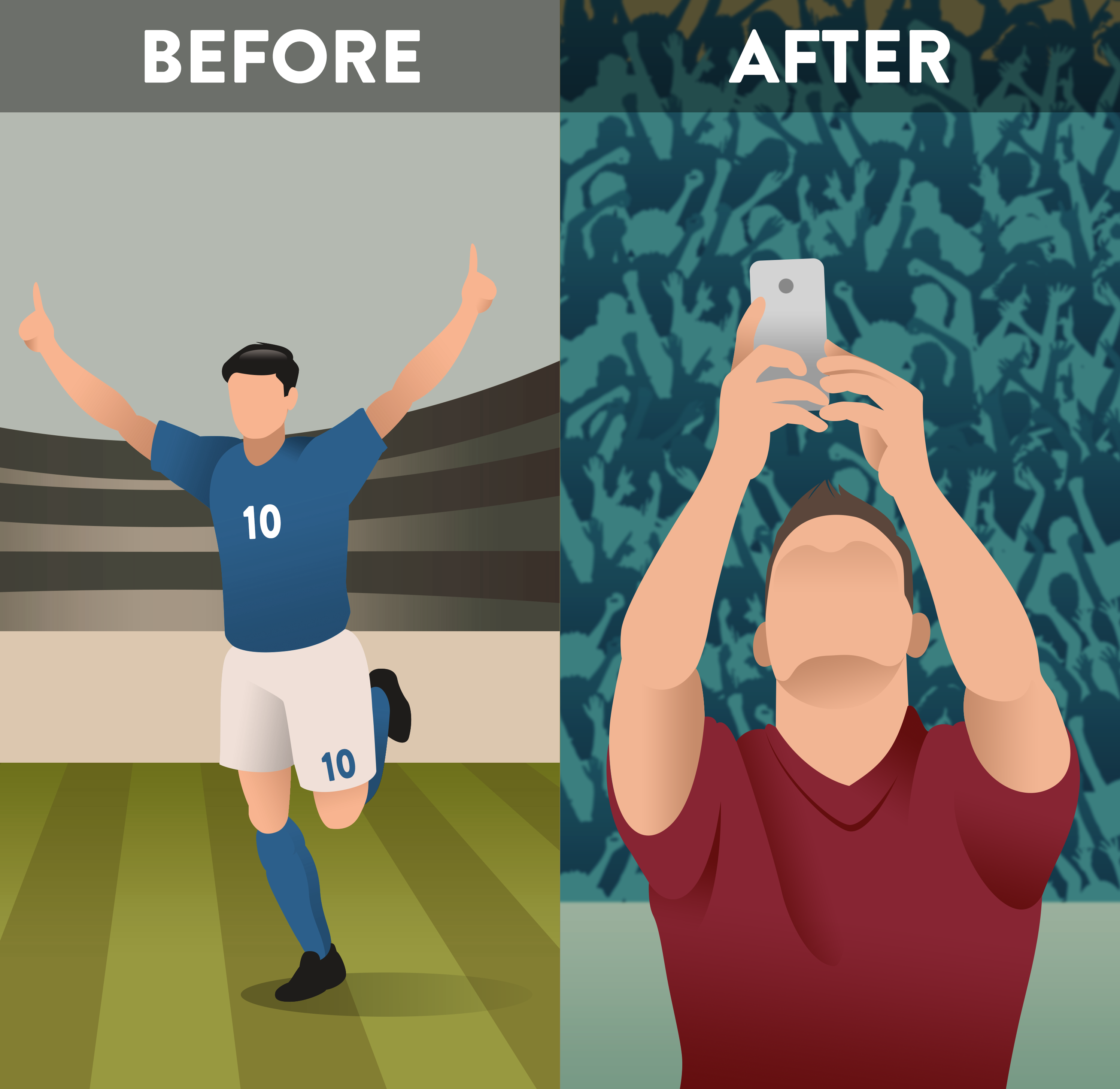 Before there was a penalty shootout, a coin toss was used to determine who would advance to a round in the event of a tie after extra time. Today ... it still happens. At least in 2015 at the Africa Cup, when Guinea eliminated Mali in this way. 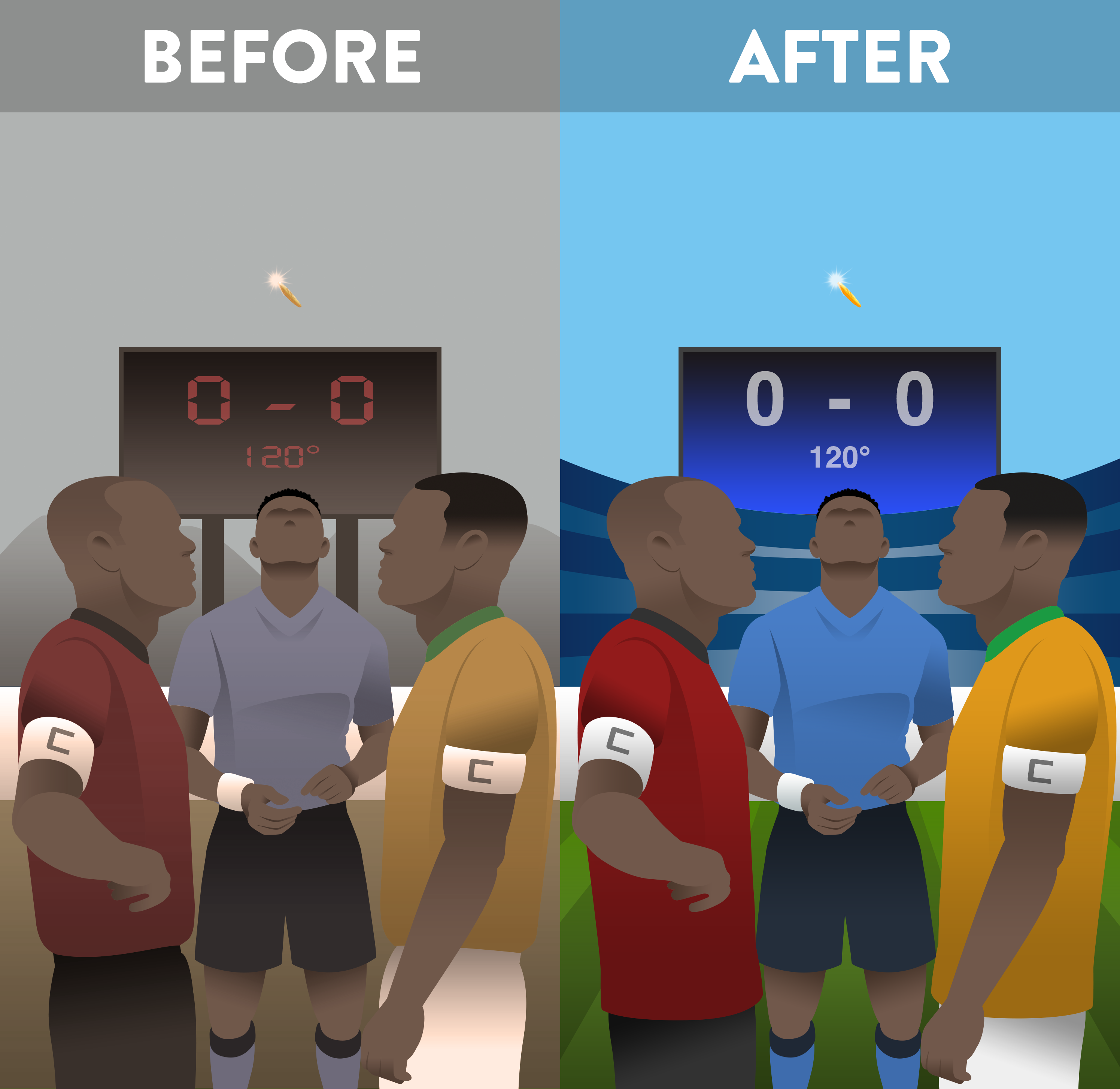 RELATIONSHIP WITH THE PRESS

It was not uncommon for journalists to be given access to the booth after games to interview the players. Today the reporters are ordered to the mixed zone behind barriers, where there is rarely enough space if a player asks the questions. Often enough, the stars simply stroll past the press after defeat. 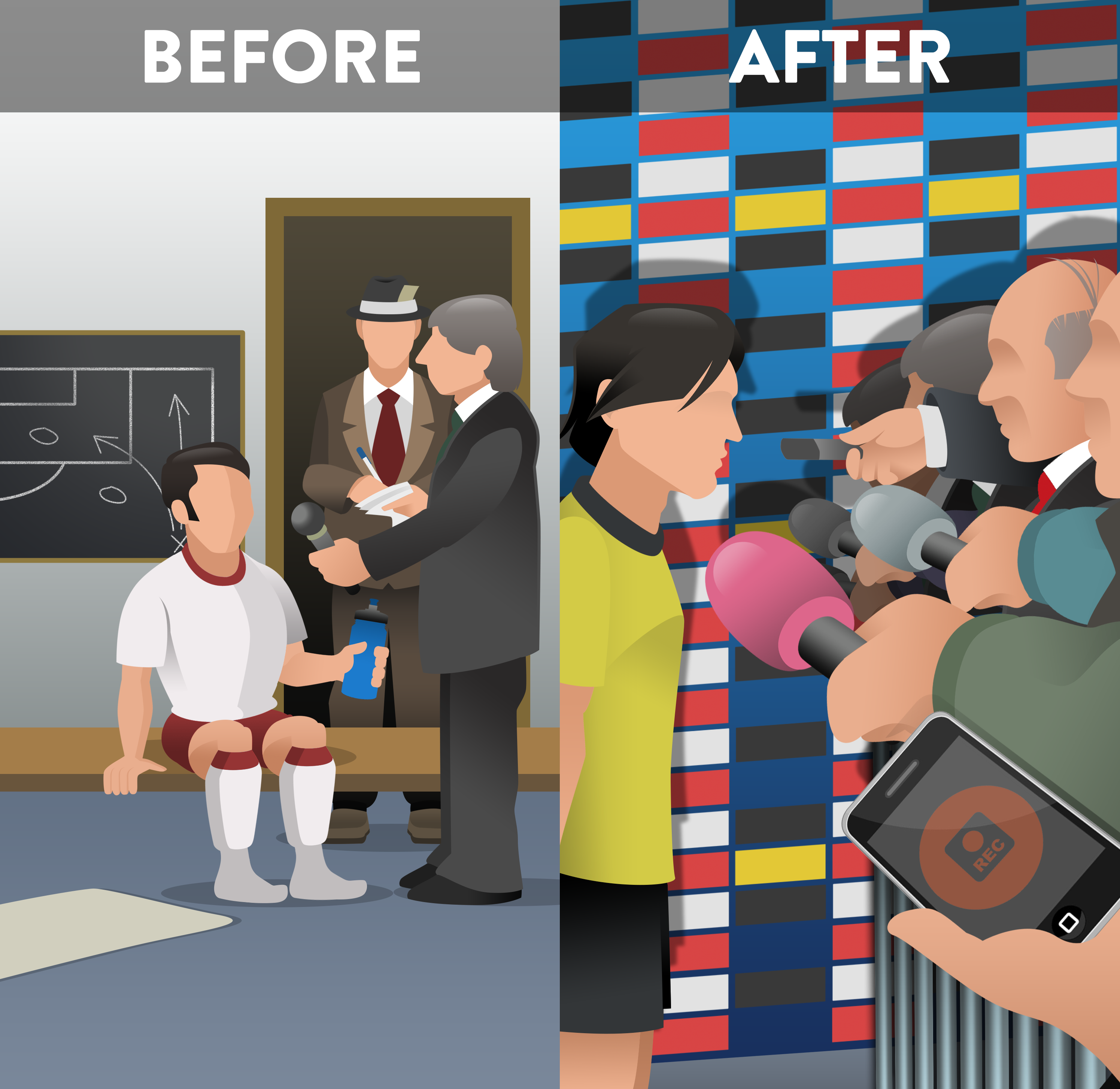 There were pictures of footballers as posters in magazines or, of course, as Panini stickers. Today, one click on Instagram or Snapchat is enough and you can see the players every day. Alone, with friends, when waking up or going out. There is a deluge of selfies. 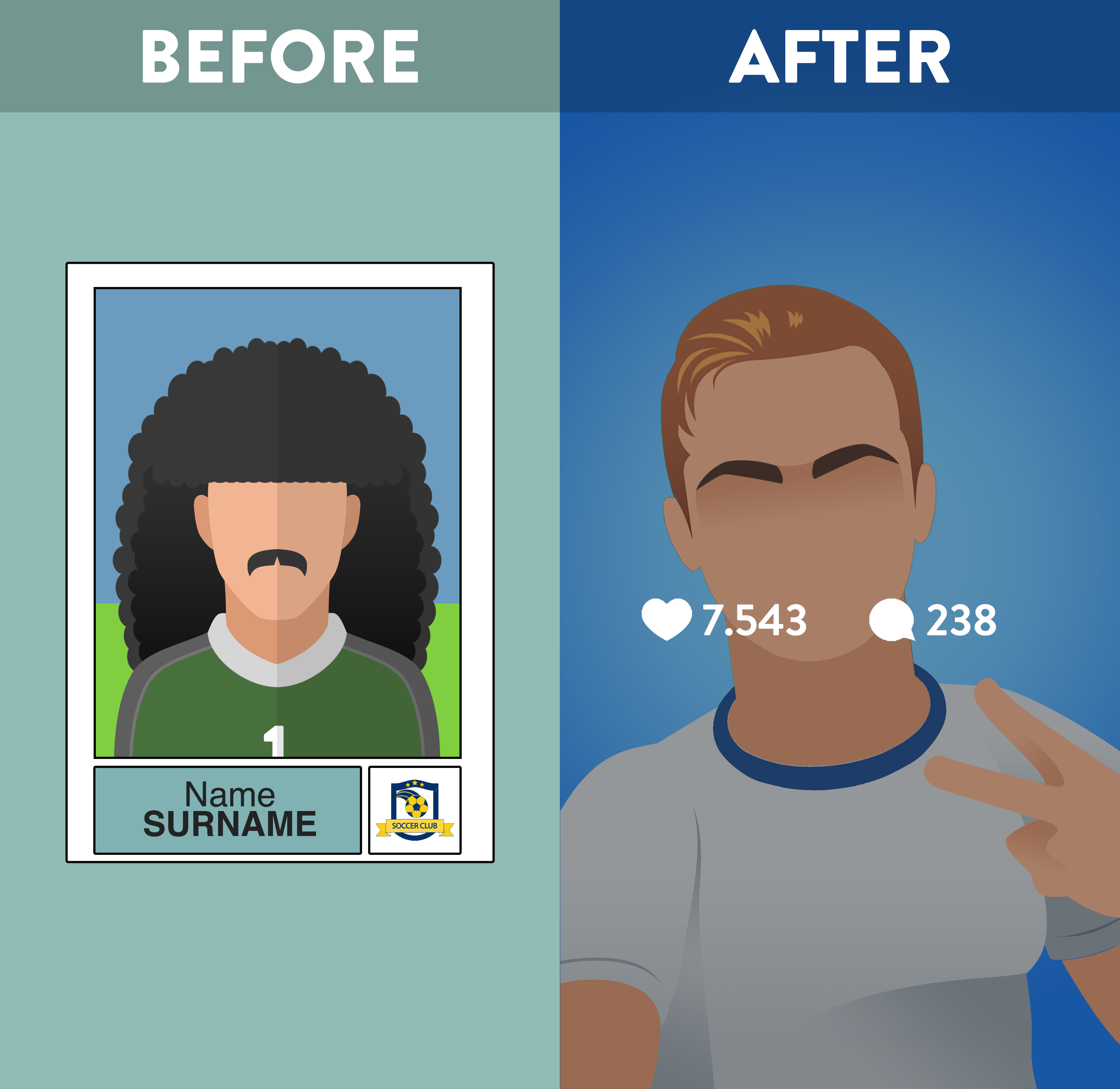 So: Was football better in the past?