Snakes - beautiful and only sometimes dangerous

Venomous snakes are actually rather harmless. "If you adhere to certain precautionary rules," says Wolfgang Böhme, "they pose no danger because they usually always flee." The snake expert should know. He has been researching and collecting the animals for 40 years and has never been bitten, he assures. The curator for reptiles goes into raptures when he talks about legless reptiles. In his office in the Koenig Zoological Research Museum in Bonn there are all sorts of glasses with snakes soaked in alcohol. Small, large, poisonous, harmless from all over the world.

Lazy to bite or aggressive

There are around 2800 different species of snakes on earth. Around ten percent - around 280 species are poisonous. But even among the poisonous snakes, says Böhme, there are huge differences: "There are insanely aggressive poisonous snakes and there are totally lazy to bite." Sea snakes, for example, have one of the most powerful snake venoms ever, but are extremely reluctant to bite. "But if they snap, it becomes uncomfortable, because that's fatal!" 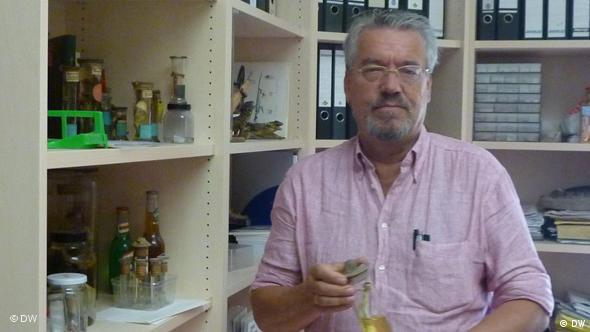 Natural selection, explains Böhme. In contrast to other poisonous snakes, sea snakes do not need any aggressiveness in their habitat.

"Mambas, on the other hand, are really bad, they are tree-climbing snakes that are constantly on the move and always have to be ready to strike." Aggressiveness makes sense in their living space. They have to react with lightning speed to catch their prey - tree frogs, birds or lizards.

But the various snake poisons are not primarily intended to kill the prey, the toxic is to a certain extent a side effect, says Wolfgang Böhme. "The primary function of the snake venom is that of digestive aid. Because the large amounts of protein that the snake consumes have to be chemically broken down." The poison is nothing more than an aggressive, potent saliva that can be deadly. The composition of the poison is determined by the food.

This is how it happens, says Böhme, that with the same species of sand otter, animals in Morocco have a completely different poison than sand otters in northern India. Because some mainly eat scorpions and others mainly mice. "If you then use a sand rattle otter that comes from West Africa to produce antisera, but the patient was bitten by an animal from Pakistan, it turns out that the effect of the serum is zero and does not work at all." 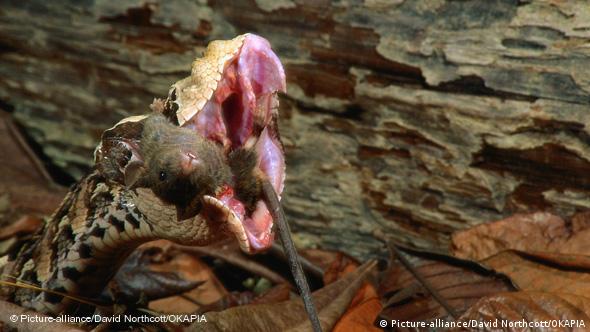 The Gaboon viper (Bitis gabonica) is a puff adder. At ten kilos, it is the heaviest venomous snake in the world. Your fangs can grow to be two inches long. That is also a record! As is usual with vipers, it can unfold its front poisonous teeth with an internal venomous canal

There are two major groups of effects of snake poisons: on the one hand hemorrhagic poisons, i.e. blood poisons, and on the other hand nerve poisons.

Blood poisons or hemotoxins destroy the red blood cells, necrosis occurs and "the tissue begins to rot". But there is a lot you can do, reassures Wolfgang Böhm. Cut open or shoot yourself diagonally over the bite with a razor-gun, "there are countless razor-blade splinters on it, so most of the poison is washed out with all the blood".

In the worst case, the affected limb is amputated. The World Health Organization (WHO) estimates that more than 300,000 amputations are performed every year because of snake bites.

Nerve toxins that mambas, cobras or sea snakes have, for example, are many times more dangerous than blood toxins. Because they have a direct effect on the central nervous system and immediately dissolve the synapse connections there. A short time later, sometimes minutes are enough, paralysis and death from suffocation occur.

After a bite, immediate treatment with a species-specific snake serum is absolutely essential for survival!

Snakes that have both blood and nerve toxins are particularly fatal, says Wolfgang Böhm. Examples of this are the sand rattle otters, some species of rattlesnakes, and some puffers. Still, you don't have to be afraid. Because usually snakes run away when people are around. "You always have to act very firmly, because it is well known that snakes have a very fine sense of shock and when they notice that someone comes trampled on, they leave too."