Dr. Interview with Daiva Vaišnienė
The official language should not be opposed to the international lingua franca 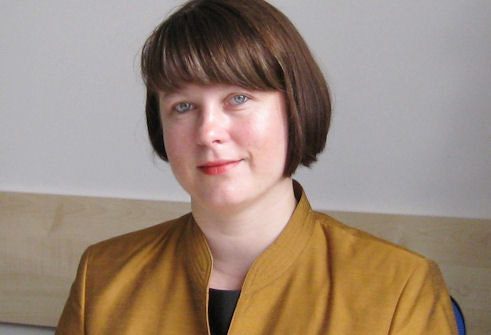 “The capacities of each language are completely sufficient to use them in all sciences. And if certain terms or concepts are still missing, then only because they have not yet been created ”, said the chairman of the State Commission for the Lithuanian Language, Dr. Daiva Vaišnienė.

Ms. Vaišnienė, do you think that the Lithuanian vocabulary and terminology are sufficient to ensure communication in all sciences?

I think that any contemporary language that is cultivated and constantly renewed is sufficient for communication in all areas of life. If certain terms or words do not exist, they can always be created. International or English terms, as well as technical terms in another language in which new areas of science are being developed, can also be adapted to the Lithuanian language system. Therefore, those who claim that there are no words in the Lithuanian language to designate this or that phenomenon or this or that object are mistaken. If these appearances or objects have not yet existed, no one has missed their names.

What trends in academic languages ​​have you noticed in Lithuania? What reproaches would you have against the scientists?

We have to understand that not only the linguists, but above all the elites of science as well as business, politics or culture develop the language. Everyone is responsible for their area and for how the scientists working in this area communicate with one another and with society. Nowadays, when science and our everyday life have come so close to each other, it can no longer be said that the language of science is a completely separate and isolated area of ​​linguistic use. Science has permeated the life of the modern knowledge society so strongly that science and the latest scientific discoveries, e.g. in the field of smart technologies, are not only discussed at the conferences and in the forums, but also at the dinner table. However, it is sometimes said, “You can speak Lithuanian among yourselves, but we will develop science in global English.” This can be heard especially in the areas of science that are just beginning to develop in Lithuania. At some point, however, the day will come when these areas will no longer be new but established and will influence our lives. And then we will understand that we have no terms to be able to speak clearly about one or the other area.

Appropriate relationship between the languages

What do you think should be done about it?

In my opinion it is very important that there is a suitable relationship between the languages. The official language should not be opposed to the international lingua franca. It does not preclude learning the English language or any other language. Science is international and we will not do without a common language that all scientists working in a particular area of ​​science understand. However, this means that we need to promote translations, dissemination of science and dissemination of scientific results in national languages. Today the danger is greater than ever that national languages ​​will become languages ​​of everyday life.

Lithuanian as a scientific language

Even the German language, which has a long tradition as a scientific language, often gives way to English. So how is the Lithuanian language supposed to withstand the invasion of English?

I have read the resolution of the German Rectors' Conference 2011, which contains various suggestions for strengthening the German language in science and studies. I think the time has come for our universities to address this issue too. Above all, cooperation and a sense of responsibility in the academic community are necessary. It is important to understand that medical professionals, physicists, computer scientists as well as professionals from other fields than citizens of Lithuania have a responsibility for the future of the Lithuanian language. I am delighted that the scientists who compile dictionaries for their fields devote a lot of time and effort to this work. We also cordially invite the representatives of new sciences to continue this work. We need new people and modern attitudes to maintain the position of Lithuanian as a scientific language. This is not an easy task and it is closely related to identity and self-conception.

The role of language is much more important in the humanities than in the natural sciences, where formulas and numbers are very important. So maybe one could make different linguistic requirements for the sciences?

I think the Lithuanian language should be used in all areas of science. We need terms for all areas so that there are no gaps in our knowledge. Nowadays, however, even Lituanists don't necessarily write in Lithuanian. Publications are written in different languages ​​and we cannot prevent this. However, we would like to suggest that when evaluating scientific work, and especially scientists, consideration should be given to the extent to which they share their achievements with society, i.e. how well they publicize their science in Lithuanian. And the promotion of science will not do without terms and without scientific language. Another suggestion from us is: The publications in other languages ​​should have extensive summaries in Lithuanian, because terms are also used in them.

Thank you for the interesting interview. Finally, I would like to ask you to formulate advice for a young scientist. How is he supposed to find the balance not to complicate his international cooperation with foreign colleagues and at the same time to cultivate the Lithuanian scientific language?

I would advise a young scientist to remember the story. The international scientific languages ​​have changed: In the Middle Ages the Latin language dominated, in the 19th century German, today English. After 50 years there might be Chinese or Indian, who knows. The young scientists should decide where the Lithuanian language belongs in this puzzle.


Dr. Daiva Vaišnienė has been a member of the State Commission for the Lithuanian Language since 2007. She served on the grammar, spelling, punctuation, pronunciation and intonation subcommissions and was appointed chair of the commission in 2012. She also works at the Vilnius University of Education and the Lithuanian Language Institute. In 2014 Daiva Vaišnienė was awarded the Badge of Honor for her services to Lithuania.